A few examples of those that have been in need: Old Bun: Maloccluded teeth and Neglected After living for 5 years in a dark garage with no ventilation in a very small cage, Animal Care Services rescued, this Californian Rabbit bought first to be a 4H project. When Old Bun came to us he was dehydrated, under weight, his nails were near to an inch long, his teeth were in a state of Malocclusion {so long they curved under & touched the roof of his mouth} he had hair balls and a UTI. After months of hand feeding, continuous vet care and lots of love; he lived about 6 more years. He lived a very satisfied and happy life indoors as one of our family. He was finally overcome by an inoperable sinus cavity tumor. He is dearly missed and is memorialized by a pecan tree in the front yard and has a private street named after him. 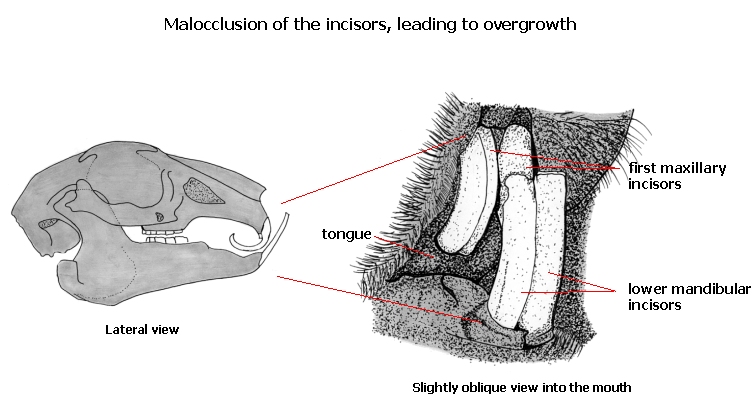 These teeth must be clipped off to allow the rabbit to eat and drink, though they still need some left in place to chew and defened themselves. This take a specail tool and skill, best done by a Vet. Some rabbits need it twice a month others once every two months. Isaiah:SPCA saved him during a raid on a dog fight ring … He was the bait that got the dogs to fight. They tore his ear off & broke his back right leg. He lived another 8years, with friends. Phoebe: The bunnies have adopted her and they allow her to clean their ears and sleep with them. These are just two examples.